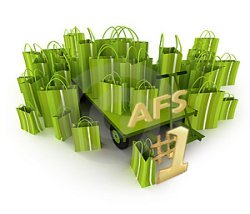 The Retail Division of Arabian Food Supplies (AFS) was established in the early 1980’s and was set up based on the experience and expertise of its then operating partner Spinney’s whose retail experience in the Middle East was already extensive.

Since that time the AFS Retail Division has firmly established itself as the principal operator in Saudi Arabia of specialised Retail outlets and Mini-Markets for Public and Private sector housing compounds/complexes, medical establishments, workers camps.

Apart from the smaller retail outlets AFS’s flexibility and ability to adapt to customer needs is demonstrated in the Division’s management operation of one of the largest retail concession in the Middle East, this being the supermarkets and retail outlets for ARAMCO, the Saudi state oil company, in the Eastern Province of Saudi Arabia. The success was reflected when AFS received the accolade from ARAMCO as the winner in 2002 for the Contractors Recognition Program, namely:

In total AFS now operates over 80 retail outlets throughout Saudi Arabia. Expansion plans are well under way which will see the retail side of the business expand.

Based on over 30 years of experience in importing goods and materials from around the world, the division source products and goods that optimise Customer Satisfaction and Value for Money

The AFS retail outlets are supplied from AFS’s own main warehouses located in Jeddah, Riyadh and Al Khobar. These warehouses are modern well equipped with effective tracking, quality control, and distribution systems in place.

AFS Retail has now firmly established itself as “The Right Choice” for customers and partner companies alike.