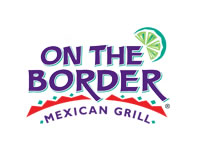 On the Border Mexican Grill” (OTB) is a full service, casual-dining Mexican styled restaurant which offers an extensive variety of Mexican favourites and is best known for its fajitas and margaritas. As a full service restaurant, “On the Border” offers service, in-restaurant dining and patio dining in many locations. The OTB brand also offers the convenience of a To-Go menu which in several restaurants is backed-up with a special To-Go entrance to speed up the take-away service.

In 1982, the first On the Border Mexican Grill opened in Dallas, Texas. Building on this Hispanic Latin food craze which became a growing phenomenon across America and equally expanded worldwide including the Middle East.

The attraction of On the Border is that the menus are extensively Mexican/Texas based offering a variety of innovative and delicious menu items aimed to create an experience that is anything but ordinary, from Mesquite-grill favourites to the famous OTB Borderita Grande and Margarita Selects, The appetisers such as Guacamole and Queso live, Chicken flautas, Empanadas and Firecracker Stuffed Jalapenos are only a prelude to take the clientele to an even more exciting menu line up. 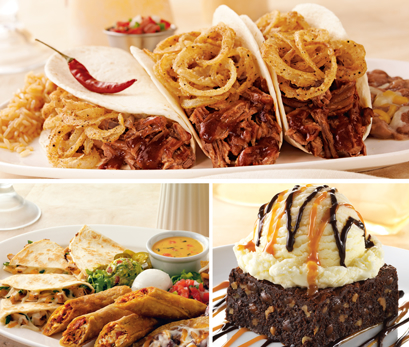 Such as the Off-the-Grill items be it the Zesty Ranchiladas, Pico Chicken and Shrimp and Baja Chicken. Also the seriously satisfying Big Bordurrito, stuffed with Fajita Steak or Chicken plus everything Mexican including favourites such as Double-Stacked Club Quesadillas, The Ultimate Fajita, Sizzling Fajita Salad, Border Chimichanga and Salmon Mexicano.

OTB allows offers the dinner the opportunity to Create their Own Combo being a combination from seven traditional Mexican favourites like Taco, Tamale, Chile Relleno, Flauta, Empanada and Enchilada. Then there is the delicious selection of Deserts.

On the refreshment side the selection of offerings are equally tasty.

Arabian Food Supplies (AFS) whom have successfully catered for customer’s food preferences within the region, introduced “On the Border” in the Middle East to compliment its other restaurant operations and plan to further expand its operations, it is now committed to have several OTB units operational in respective regions in order to achieve market leadership in the Mexican food sector.